Over two years ago, I bought and reviewed my Angel Tarot cards, and while I haven’t talked about them since, I used them today to help me work through an issue I’m having, and the results were so good that I thought I would share them.

I should clarify that my Angel Tarot cards always give good results. They always help me find answers to questions, which is why I still have them. I just haven’t found myself writing too much about them because – well, I guess I didn’t think a lot of people would be interested in them.

But, I find that many more people (compared to a few years ago) are open to tarot cards and their messages. And, I’m interested in them and see them as a tool to help bring more happiness into my life, just like dreams, so I’ve decided to start doing a monthly reading and post about it on here. You may even see me mentioning the reading throughout the month.

My Angel Tarot Reading For November

The big thing on my mind is getting something – anything – accomplished. I have lots of goals, but I haven’t been getting anything done. For August through October, I didn’t accomplish one goal I had. Not one! I’ve been feeling very unproductive, to say the least, which is one of my least favorite feelings in the world.

To me, there is nothing worse than going to bed feeling like I wasted a perfectly good day.

Yesterday I was reflecting on November and how badly I wanted to be productive, and the thought to pull out my Angel Tarot cards and do a reading came to mind. So, I grabbed them, put them downstairs by the kitchen table, and decided to do a spread this morning.

I used the Celtic Cross Spread. I didn’t take a picture of the spread or the individual cards as I was doing it because I didn’t think I was going to write about it. I’ll try to do that next month.

Following is a picture of the spread and what it means straight from the Angel Tarot card book. I’ve seen different ways of reading this spread, but I like the way it is laid out in the book so I stick with it.

As you can see, it does look like the spread in the picture above.

Hopefully, you can read what each card represents in the spread with my less-than-awesome picture, but I’ll reverberate what each card means as I go along.

While shuffling, I focused on the problem of feeling unproductive and wanting to be more productive. Following are the cards that turned up in the spread.

This suit of water has to do with emotions, and the Four of Water signifies discontentment, something missing, boredom, and general unhappiness.

Card 1 in this spread represents the situation, so I would say that this is pretty accurate.

On the card’s interpretation, it says missed opportunity, discontentment, or boredom, and open your eyes to the possibilities.

Part of the interpretation of this card is that the solution is right in front of me but I’m distracted on what I don’t have and I’m taking for granted the things I do have.

That’s true. I keep getting inspiration to do something new, but I don’t what it is. Perhaps that’s because I’ve been so distracted on what I don’t have (the type of progress I want) and I’ve been taking for granted what I do have (enough income coming in each month to allow me to be lazy – if I’m honest about it.)

This suit represents our inspirations and ideas.

Card 2 in this spread represents the current challenge affecting my unproductivity.

While the Three of Fire represents many things, I think the big things that apply to me is the lack of a thriving business or project and the lack of self-satisfaction I’m feeling.

The big thing I took away from this card is that I’m failing to find the right advice and then make long-term plans. I’m not doing what I need to do to explore the possibilities that I could use for achieving success in my business. And, again, if I’m honest, I can admit that I’ve just been lazy. I’ve been more willing to watch TV than look into the ideas I’ve been having about how to move forward.

The suit of air represents our intelligence.

Card 3 in this spread represents the basis of the situation.

Some meanings of the Eight of Air include confusion, being afraid to take action, and feeling helpless.

Can I say a big HELL YEAH!

The big thing I took away from this card is that I’m lacking self-confidence and I’m afraid to just do something if I’m not 100% confident about it. There are no other excuses that I can add on to why I’m being so unproductive. It’s just a lack of action because I’m feeling confused about what I need to do and afraid to do anything until I feel like it’s the right thing to do.

This card is part of the Major Arcana.

Unity is the 5th card in the deck, and it obviously has a unity vibe, where you need to reach out and work in groups to achieve your goals. But it also has a message that you need to review any limiting beliefs you have about yourself.

Note: I’ve known this on some level. I’ve known that what I believe and keep doing isn’t working for me and I’ve been getting the desperate message that I need to change.

This card is part of the Major Arcana. It is the 15th card in the deck.

This card in the spread represents the present in regards to the situation.

Ego is exactly what you think it is – being focused on egotistical things and thinking that the egotistical thoughts you are feeling are real.

And now you have some insight into my current situation! (And so do I.)

The big thing I took away from this is that I am trapped in my own fears. I have a lot of anxiety and insecurities. And I’m stuck in an ego-based way of thinking, focused on material things and what I think I need to get in my life. Moreover, I’m blaming other people for the situation I’m in (the client leaving me behind and much more) instead of facing the facts that my bad habits and poor thoughts are playing the role in my inability to be productive.

This card is part of the Major Arcana. It is the 11th card in the deck.

The Strength card is about courage and strength.

The big thing I took from this card is that in the near future, I’m going to forgive myself, find the courage I need to move forward, and gather up some patience that I desperately need so that I don’t get stuck in fear or worry and, instead, just keep moving forward doing what Ii need to do. This is good because I’ve been beating myself up a lot lately and I’m ready to end that. For sure.

The suit of air represents our intelligence.

The card in the spread represents the power you have in the situation.

Ace of Air is about turning negatives into positives and having new ideas.

The big thing I took from this card is that I have the ability to change things around with my creativity. I’ve always thought of myself as a creative person when I’m not stuck in a state of fear or worry. And, because this card represents the power I have to influence this problem, it just seems right that new ideas and a plan of action based on them will help me get productive again.

The suit of Earth is about the material world.

This card in the spread represents the effects of people around me based on this situation.

The Four of Earth is about, among other things, fears that what you have gathered will be lost.

I should say that for the past year, I’ve made so much money from one client that we were able to travel twice across country, get a ton of things fixed around the house, buy some things that have impacted our life in a big way, buy big gifts for loved ones, and save money in the process. That client left at the beginning of August (right when my problems started) and now I think I live in a state of fear that what we have saved (what’s left of it anyway) will be lost.

So, I’ve felt a lot of pressure to get productive and start making a ton of money again because I want myself and my husband to be able to live in a financially abundant state.

The big thing I took from this card is that I can’t let what I think my husband thinks keep me in a state of fear. Truth be told, if I get out of my head full of worries, I don’t think he cares at all. He’s outright told me it’s not a big deal because we will start attracting money to us again soon.

He’s a big believer in the energy of money and how easy it is to bring into our lives. So, I need to stop worrying about what he thinks (which is all just made up stuff in my head anyway) and start working towards what I want to do – not based on how much money I could earn, but based on what I want to do with my business.

The suit of air is about intelligence.

This card in the spread represents your hopes and fears.

The Ten of Air is a card that signifies that there is nowhere to go but up! The situation is over and new beginnings are happening. A bunch of emotions may be present, but you can expect your circumstances to improve. Don’t put limits on what the universe can take you.

The big thing I took from this card is that I’ve been wanting things to get better. I’ve been wanting to be more productive and create a more successful business, and I have the power to do it! I need to stop focusing on my fear that I can’t start over and have success after a year of working for someone else and not having to think too much for myself and start focusing on the real hopes that I have.

This card is part of the Major Arcana. It is the 12th card in the deck.

Awakening is about life changes, the power that you have, solutions, and epiphanies.

This card in the spread represents the outcome.

How nice is that I pulled this card for my outcome! The way I see it, if I focus on forgiving myself, being creative and coming up with new ideas, letting go of my fears around getting my savings account back up and, instead, focus on positive thoughts, I will be able to keep having epiphanies and life changes that move me in the direction that I want to move.

An Extra Thought On The Angel Tarot Spread For November

The Last Card I Pulled

If you are interested in the Angel Tarot cards, you can find them on Amazon here. 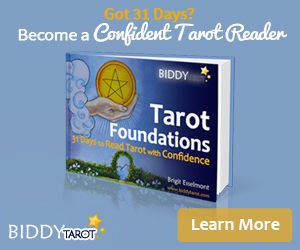